Online This webinar will be hosted by Zoom. UNITED KINGDOM
Between Thelma and Louise and Groundhog Day.
Exploring Scenarios.
There will definitely be an be an “after COVID” but will the different scenarios play out anything like we think?
BREAKING NEWS : Everything is Going Back To Normal!
BREAKING NEWS : Nothing Will Ever Be The Same!
For some, the car is already accelerating toward the Grand Canyon. It’s “Thelma and Louise”, where, finally cornered by the authorities, they drop foot on the gas. Rather than be captured and spend the rest of their lives in jail, they choose death. We’ve all seen the movie, and know how it ends.
For others, the state of hospitality is the story of a highly self-centered, arrogant weatherman, in “Groundhog Day” who finds himself trapped in a time loop of self-discovery, improvement and opportunities to redeem and introspect on the actions from his past life. Escaping death and forced to confront the realities and inner truth of his selfish self importance, he ultimately redeems himself. With time and patience.
The shift to “traveling differently” does not necessarily sound the death knell for hospitality, people will travel again, many believe it’s only a matter of time before things return to normal… specifically, a return to the “same normal,” not a “new normal,” as Ian Schrager predicted recently. Then again, maybe “times they are a changin’ ” and people will slowly adapt, as we’ve always done to a “new normal”. Fluidity of memory and a capacity to forget is the most
defining trait of our species.
Join us for an insightful and fun panel on the potential seismic changes to the hotel asset class and implications for the industry… and no, we don’t have a crystal ball.
In discussion with
Scott J. Woroch
Partner and Managing Director, Kadenwood Partners
Prior to co-founding Kadenwood Partners in 2015, Scott was Executive Vice President, Worldwide Development for Four Seasons Hotels and Resorts. He was responsible for overseeing Four Seasons global expansion, During his tenure, Four Seasons grew from 53 hotels in 2000 to 96 hotels at the end of 2014. Scott has extensive relationships with hotel owners and investors worldwide.
Prior to joining Four Seasons in 2000, Scott had a 10-year career in hotel development, with Westin and Strategic Hotels and Resorts. Prior to entering the hospitality industry, he had a successful career practicing real estate law in Washington D.C. He has an A.B., cum laude, from Cornell University, and a Law degree from the George Washington University.
Josh Littman
Vice President of Development, Europe, SH Hotels & Resorts
Josh has more than 20 years of experience in property sales and marketing and real estate development. Most recently, he was head of luxury development in Europe for the InterContinental hotel group, responsible for developing the group's luxury brands. Prior to that, he spent six years as Vice President of Hotel and Casino Development for Hard Rock International. He also holds an MBA in International Business/Finance and a Bachelor's degree in International Business.
Steven Smit
Chief Investment & Development Officer YAYS
With a background in hotel operations, corporate finance and real estate, Steven combines his experiences to unlock locations for curious travellers, with Yays 'concierged boutique apartments' located in the most authentic neighbourhoods of Amsterdam, Paris, Barcelona, The Hague. Prior to that Steven worked in Colliers Hotel investment and transactions advisory, and with Deloitte in Mergers and Acquisitions.
Steven holds a Master in Financial Management an MBA and a Masters in real Estate.
TIMED AGENDA (all times CET)
3:00 - 3:15    Zoom start, virtual coffee and ZoomFAT
3:15 - 3:30    Co-chair welcome, news, and introduction
3:30 - 4:45    Panel and Roundtable discussion, Questions and interactions
4:45 - 5:00    Wrap-up, Closing remarks, next meeting
If you would like to attend this session please contact Emily.DeSimone@uli.org 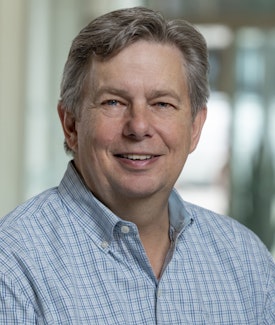 Todd is an Executive Director with a regional focus on EMEA. Building on three decades of hospitality led mixed use project experience, Todd is a recognised industry leader, having delivered iconic projects that blend hotel, retail, residential, and other uses to create viable, sustainable mixed-use communities. His extensive worldwide experience from Asia, to Europe and the Middle East, Latin America and North America, covers the full spectrum of hotel brands and includes convention hotels, boutique resorts, extensive property repositioning, renovations and master planning as well as multiple significant mixed-use projects.
View in Member Directory Will open in a new window 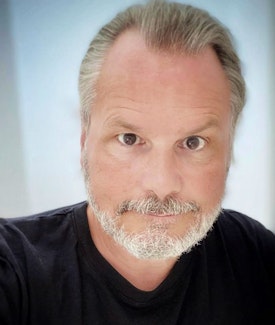 Jean-François Garneau, is Chief Development Officer and co-founder of INITIAL Real Estate an innovative development services and strategic planning company that bridges the worlds of creativity, research and business, with offices in Montréal Canada and Geneva Switzerland. JF has over 35 years of diversified experience in real estate development and planning, mainly for mixed-use urban, hospitality and resort residential projects. A native of Montreal, Canada, JF has been working in Switzerland since 2004, and is a Swiss resident since 2012. Working with land owners, private and public institutions as well as with visionary developers around the globe, he has created development strategies and provided creative direction and project management expertise for projects in Europe, India, Mexico, Australia and New Zealand, the US and Canada. He has been involved in the creation of over US$1,5 billion of compelling and memorable large-scale urban mixed-use projects as well as resort-oriented hospitality and residential real estate projects. His background in architecture, urban design, and his experience in real estate development and project management, have allowed him to develop a unique expertise in finding creative solutions to complex real estate problems, crafting strategies and creating compelling and memorable places. A proven leader, strategic thinker and team builder, JF’s international experience has allowed him to build a global network of partners and professionals. He recently served as CEO and General Manager of a Swiss development company. Based in Geneva, he lead project development teams and provided creative direction, developing luxury landmark hospitality and residential real estate projects in Europe. Prior to founding INITIAL in 2008, from 1999 to 2008 he served as Vice-President of Master Planning at Intrawest Corporation, a leader in the development and management of experiential destination resorts, where he was a key player in the company’s acquisitions and planning of multiple warm and cold weather resort developments. Based in Montreal and Lausanne Switzerland he was responsible for master planning the company’s European ventures, as well as overseeing the company’s North American East coast planning initiatives, and international ventures in Mexico and New Zealand. Prior to that he served as Director of Buildings and Operation for the Montreal Canadiens, where he was responsible for the design as well as the management and operations of the $500M Bell Center, a 22,000 seat amphitheatre, the largest mixed-use complex and arena in North America. JF had also been a key member of the team that designed and built the amphitheater. Earlier in his career, JF worked as Project Director for one of Canada’s largest architectural companies, where he led mixed-use urban projects and resort development initiatives. Passionate about real estate development and hospitality industries, as well as urban mixed-use, he is also a keen study on the creation of cities, towns, villages and the mechanics and behavioural aspects of “people places” everywhere. JF holds a degree in Applied Sciences and a Bachelor’s Degree in Architecture from Laval University, Canada, and has studied Architecture and Urban Design at Université de Paris VIII.
View in Member Directory Will open in a new window

This four-session educational series is presented in one-hour topical segments by the ULI Greenprint Center for Building Performance.

Our next title is Right of Way: Race, Class, and the Silent Epidemic of Pedestrian Deaths in America. Author Angie Schmitt explains how pedestrian deaths are not unavoidable “accidents.”